Franco Cesarini was born in Bellinzona, Switzerland.  At the age of 16, his parents enrolled him at the Giuseppe Verdi Conservatory in Milan, in piano and flute classes. Over time his passion for the flute took over, and he was admitted into the class of Peter-Lukas Graf at the Basel Conservatory. Franco Cesarini found in his composition teacher, Robert Suter, a demanding personality who knew how to channel his predisposition.  His conducting teacher, Felix Hauswirth, introduced him to the fascinating world of wind music. During his studies he won the National Music Performance Competition and the composition prize “European Year of Music 1985” in addition to winning, for three years in a row, the scholarship of the Ernst Göhner-Migros Foundation.

The publication of his first pieces dates back to this period, in which he also gave numerous concerts, made radio recordings and released his first CD. In 1989 he began his collaboration with the Dutch publishing house De Haske.

In 1993 he was appointed as conductor of one of the best Swiss wind orchestras in the excellence category, the Feldmusik Sarnen. In 1989 he became professor of wind conducting at the Zurich Conservatory where he taught until 2006.

In 1998 he was appointed permanent conductor of the symphonic wind orchestra Civica Filarmonica di Lugano, with which he has performed countless concerts and made multiple recordings, leading the Civica to win two editions of the Federal Music Competition and one edition of the international competition “Flicorno d’Oro “in Riva del Garda, in the highest category.

In 2001 he was invited as a “composer-in-residence” by the University of South Missouri (USA). From 2001 until 2021 he was professor of harmony, analysis and wind orchestra conducting at the “Conservatorio della Svizzera Italiana” in Lugano. Alongside conducting the Civica Filarmonica di Lugano, Franco Cesarini enjoys an important international career as a guest conductor, visiting most European countries and performing in both the USA and in Asia.

Franco Cesarini is also a member of the music committee of the Swiss Wind Band Federation (since 2019.

His compositions have been performed all over the world. Among the most popular are Poema Alpestre, Blue Horizons and more recently his impressive symphonies, which are enjoying great success.

2021 marked a turning point for Franco Cesarini: he founded Edition Franco Cesarini with the aim of publishing his works independently and transmitting his creativity and enthusiasm to his many fans all over the world.

“A Respighi of the wind orchestra” 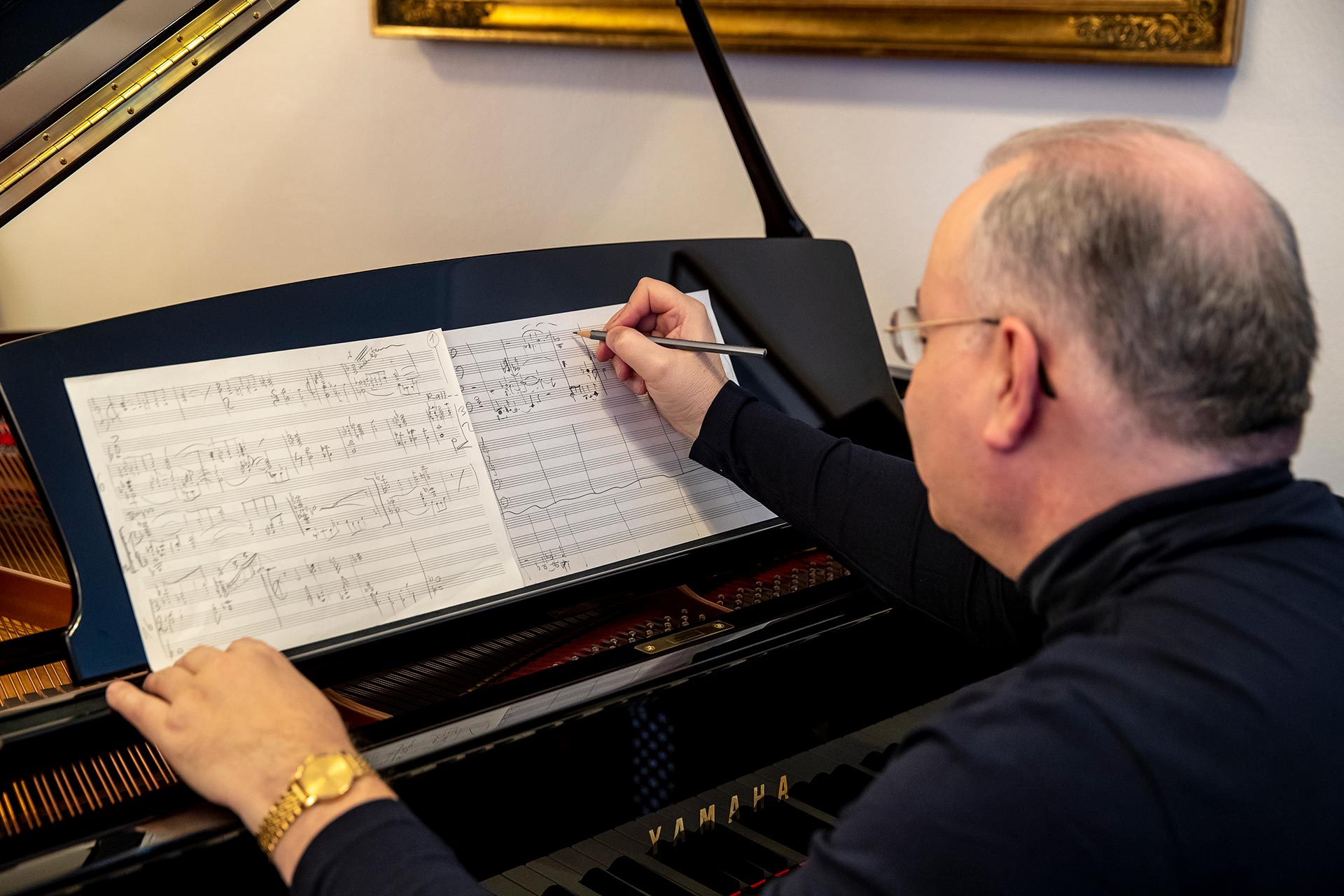