Compiled and Arranged by Franco Cesarini 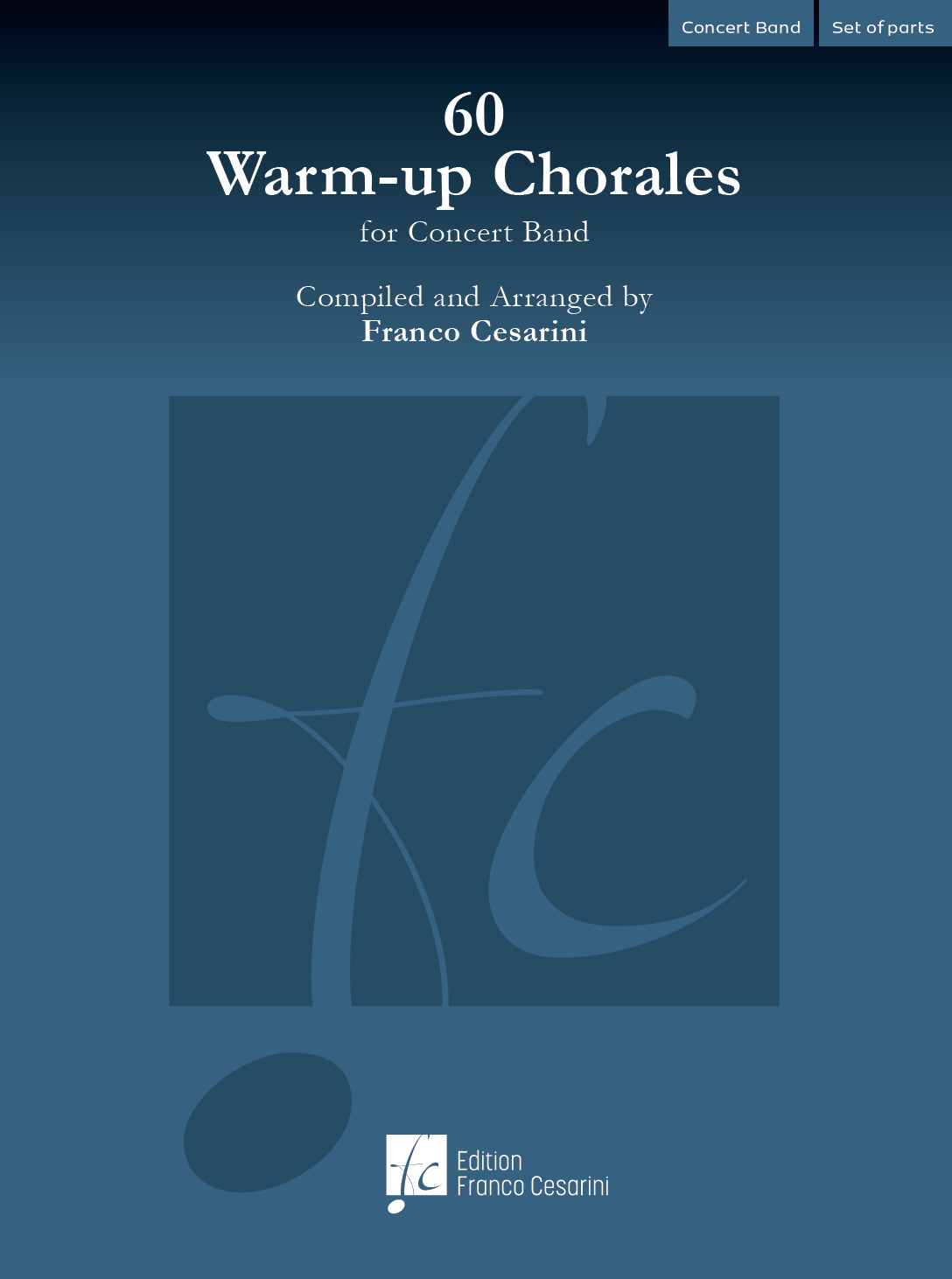 During his experience as a band conductor and teacher of wind orchestra conducting at university, Franco Cesarini has dealt with the topic of warm-ups very frequently. Throughout these long years of conducting he has had the opportunity to try many existing methods, evaluating their advantages and disadvantages. After a long time, he has decided to compile a collection of chorales for warm-ups, which are organized according to the criteria that he considers most effective.While working on his 60 Warm-up Chorales for Concert Band, Franco Cesarini has always borne in mind that amateur musicians play for pleasure. He feels that it is extremely important that they have satisfaction at every moment of the rehearsal and not to start the rehearsal with needless "punishing" exercises.

Nobody is really motivated to start playing with scales, long notes, or tricky rhythmical exercises. There is often a distinguished absentee in band rehearsals, namely music itself! Although this publication does not foresee a specific tempo for the chorales, they should often be performed rather slowly but without dragging. Dynamics are not indicated, so that the conductor has the opportunity to draw the attention of the musicians to his gestures and to make them react according to his indications. Timpani and bell parts have been added with the aim of not leaving the percussionists completely inactive during the warm-up phase, but can also be omitted. The chorales are written in four parts (SATB) and are also playable in smaller groups. The four voices can be played in different combinations of woodwinds or brass quartets or in mixed combinations.

The collection includes ten chorales for the following keys: D flat major, A flat major, E flat major, B flat major, F major and C major. With his 60 Warm-up Chorales Franco Cesarini would like to convey the message to play the chorales in a musical way, thus raising the musicians’ awareness of phrasing, the right interpretation of cadences, rubato and agogic. Above all, never do anything without putting the musical aspect in the foreground. 60 Warm-up Chorales for Concert Band A perfect collection to warm-up and improve tuning of a concert band!