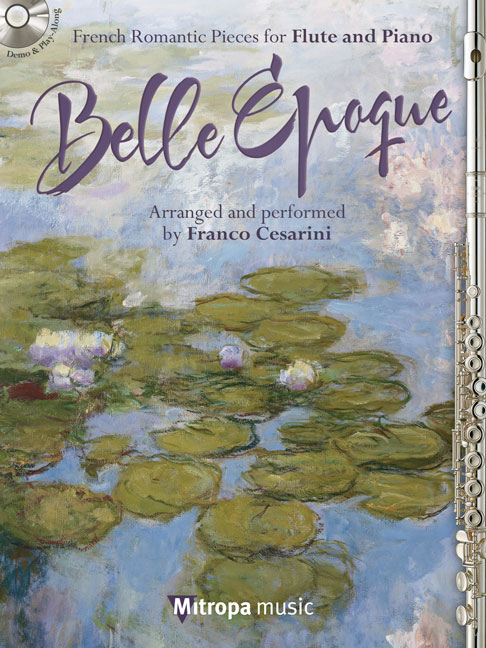 At that time, the instrument inventor Theobald Böhm refined the flute, giving it the shape we are familiar with now, and it was an instrument of choice for composers of the day. The 19th century symphonic repertoire is a rich repository for extended, expressive flute solos, yet the instrument remained underrepresented in solo and chamber works.

This collection contains works that, for the most part, originated during the so-called “belle époque” – the time period right around the turn of the 20th century. Included are pieces by Dukas and Massenet, and two early works by Ravel that are on the cusp of the impressionistic period, while the compositions by Bizet and Saint-Saëns represent the late-romantic period.