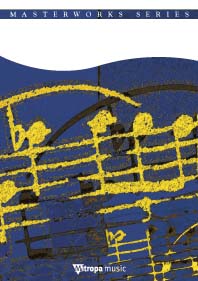 The piece is about the sea and its creatures and consists of three movements that follow each other without interruption.

In the first movement, Luminescent Creatures, the composer describes the environment of the sea at a depth of more than 1000 metres, where there is no light and the ocean looks like an ink stain. In order to catch their prey, very rare in such dark waters, abyssal creatures use luminescent organs. Huge mouths, as well as dilatable stomachs, give the fish an ancestral look, allowing it to exploit to the utmost the scarce alimentary resources of this part of the ocean.

The title of the third movement, The Blue Whale, refers to the beautiful blue whale, the biggest living creature on earth. A play on words concerning the term “blue” relates to the danger that oceans and their inhabitants constantly have to face because of biological and industrial waste that gets thrown into the ocean. This waste often contains chemical substances that can alter and break the food chain. Crude oil poisons the sea and excessive fishing has brought some oceanic creatures to the verge of extinction. It is estimated that at present between 6000 and 14,000 blue whales still live in the oceans.