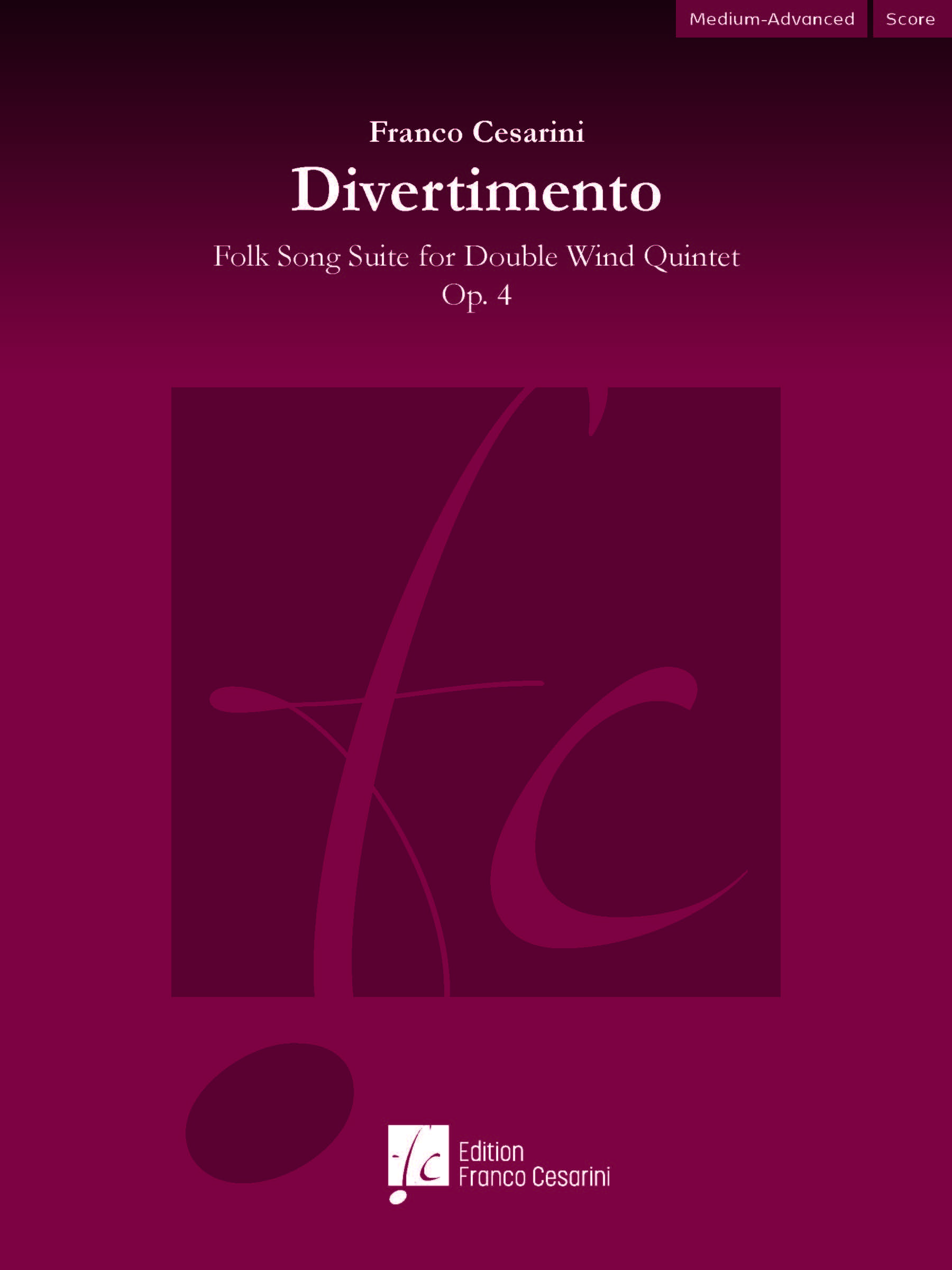 The title of this work clearly alludes to the classical musical form which was often composed for wind instruments. The so-called ‘Harmonie’ was very important to the composers of the Classical Viennese School. This was especially true for Mozart whose heritage showed proof of immortal beauty and absolute artistic value within his compositions.

In the individual sections of this piece, the composer makes use of three popular songs, the first two from Finland and the third from Bulgaria. The composition has a fundamentally uncomplicated feel composed to delight the listener, whilst retaining a deeply introspective feel especially in the second section.

This early work by Franco Cesarini illustrates the composer’s love of popular song, which often formed a fundamental part of many of his future pieces. At the heart of his unique style of musical writing are his skillful instrumentation and meticulous attention to balance and form.