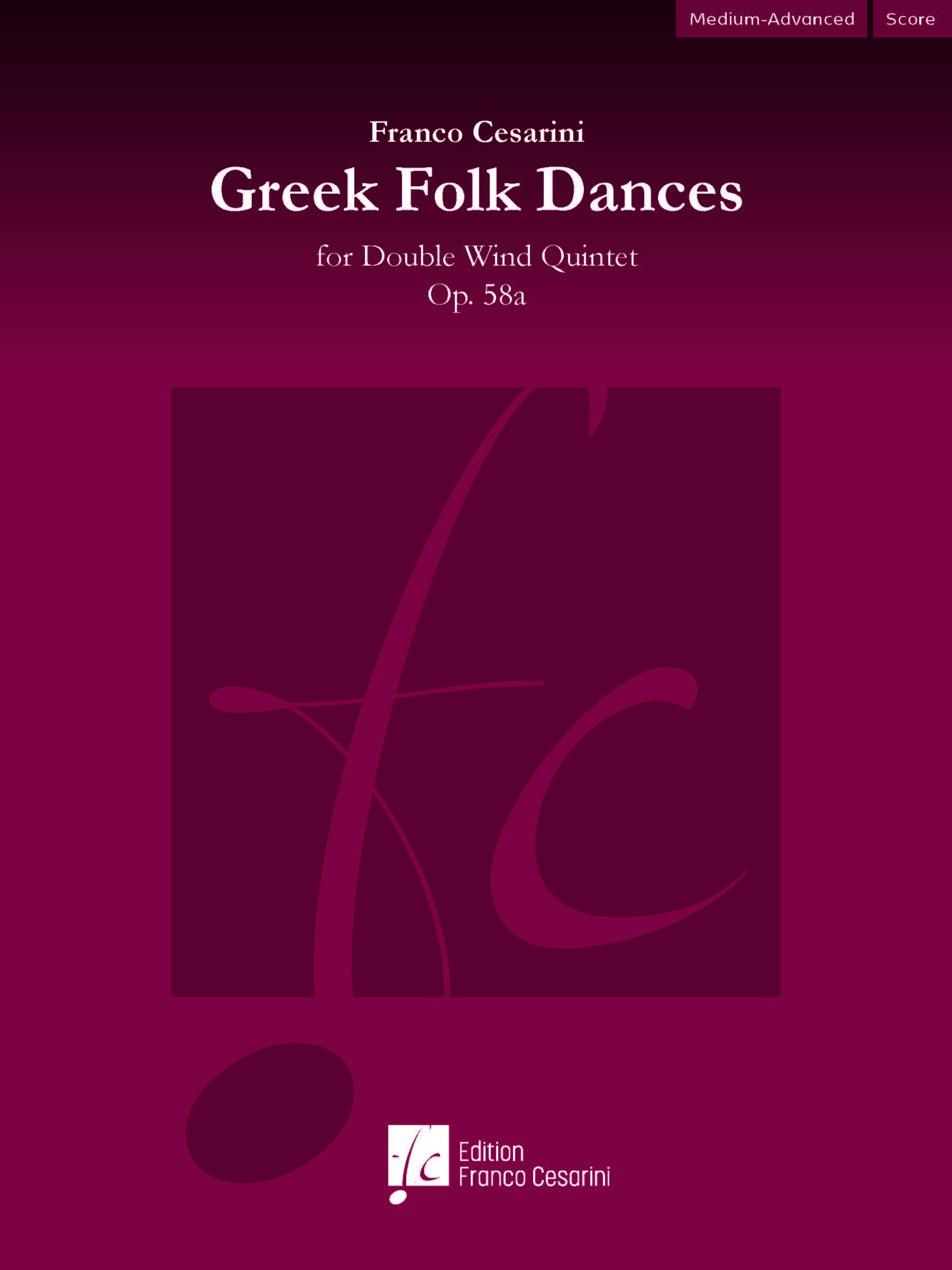 Folk dances are widespread throughout Greece. In this composition Franco Cesarini sought to elaborate some typical dances of the Greek folk tradition by making use of three traditional folk songs, developing them freely.

The first movement is a kalamatianos, a festive dance that has roots dating all the way back to antiquity, as found in the early writings of Homer, while the name derives from the city of Kalamata located in Southern Greece. But don’t let the name fool you as the kalamatianos is actually a Pan-Hellenic dance and is considered the national dance of Greece. Its most distinctive feature is the irregular 7/8 rhythm. Depending on the occasion and the dancers’ level of skill, certain steps may be taken as jumps or squats. The lead dancer usually holds the second dancer by a handkerchief, thus allowing him to perform more elaborate steps and acrobatics.

The second movement represents a zeibekiko Contrary to most of the traditional Greek dances, the yeibekiko is not a dance performed in a group; it doesn’t have any particular step to follow, only certain figures. Also known as the “eagle dance”, the zeibekiko is performed with arms flung wide open and has a very intense feel to it.

The hasapiko is a traditional dance with roots from Constantinople. It originated in the Middle Ages as a battle dance that butchers used to perform with swords. The hasapiko, which serves as the inspiration for the “sirtaki”, is a dance that progresses from a slow to a faster pace, which is called hasaposerviko. The hasapiko is performed in a line or open circle formation, with each dancer placing their hands on their neighbour’s shoulders.