Italian Romantics for Flute and Piano

Arranged and performed by Franco Cesarini 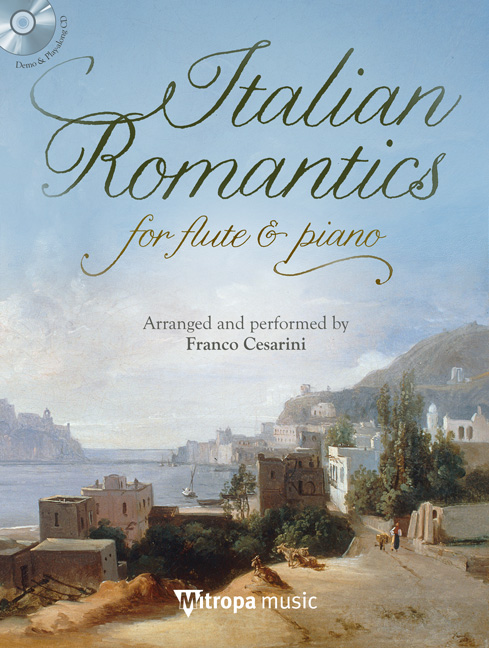 At that time, the instrument inventor Theobald Böhm refined the flute, giving it the shape we are familiar with now, and it was an instrument of choice for composers of the day. The 19th century symphonic repertoire is a rich repository for extended, expressive flute solos, yet the instrument remained underrepresented in solo and chamber works. This book, which contains several arrangements of Romantic movements for flute and piano, is intended to give advanced flutists the opportunity to experience and become acquainted with more music of the Romantic era from the perspective of a soloist.

The collection focuses on Italian Romantic composers. Two famous individuals, opera composer Gioacchino Rossini representing the early-Romantic and Ottorino Respighi representing the late-Romantic, are the cornerstones, while the high-Romantic is represented by lesser-known composers, such as César Casella, Giovanni Sgambati, and Achille Simonetti.