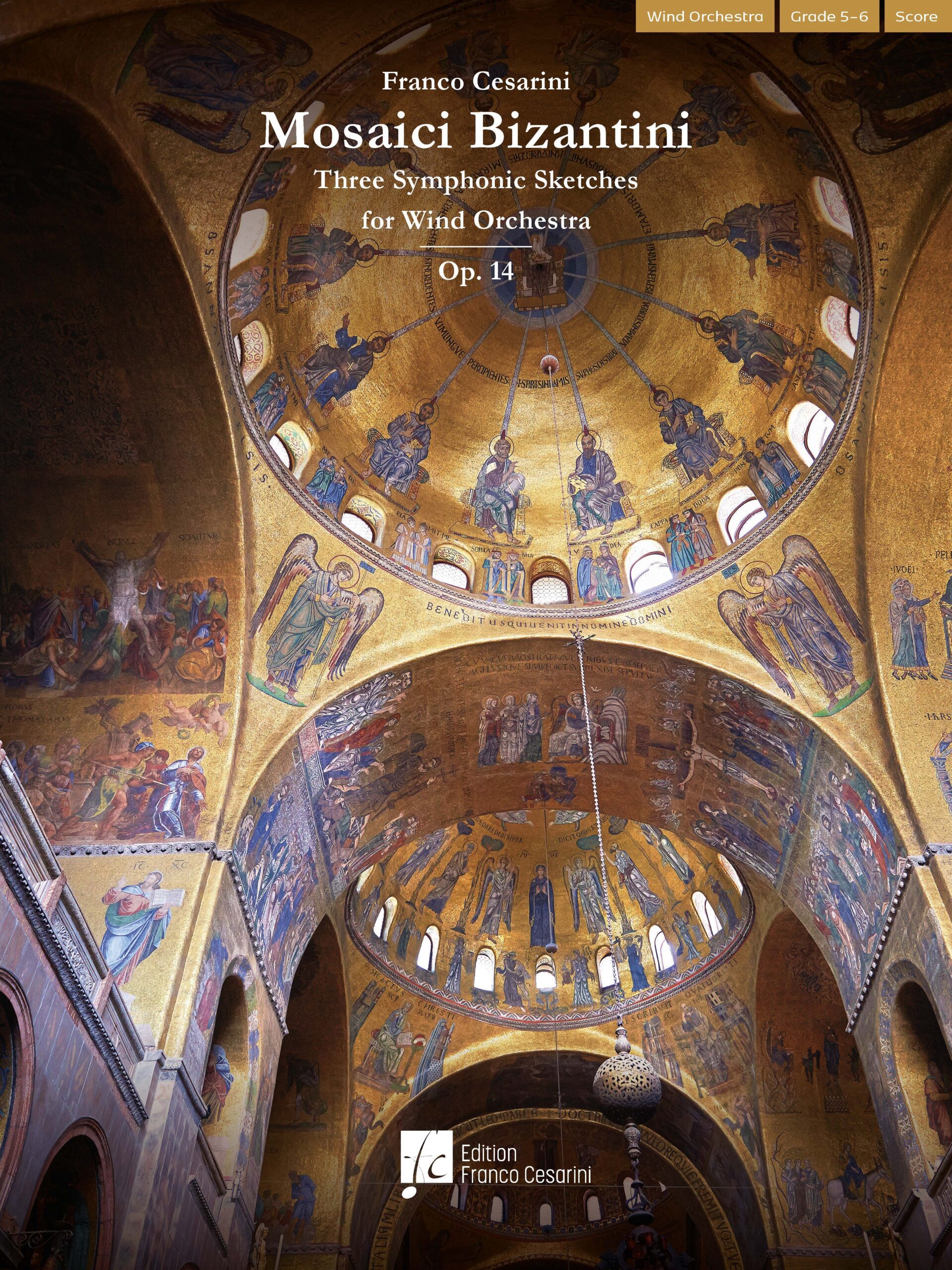 To mark the 30th anniversary of Mosaici Bizantini Franco Cesarini decided to publish this revised version. He added a few instruments to the instrumentation and completely revised the notation. The work is now available in large-sized full score and exclusively from the composer's publishing house.

For this grand work, Franco Cesarini was inspired by three byzantine mosaics, which can be seen in churches in Venice and Palermo.

He took the musical motives from Gregorian chants.

The mosaics concerned depict the following extracts from "The Gospel according to St. Matthew":

2.  The Temple of Jerusalem

3. Angel of the Resurrection

This new, revised version of this masterpiece will delight both the orchestra and the audience!