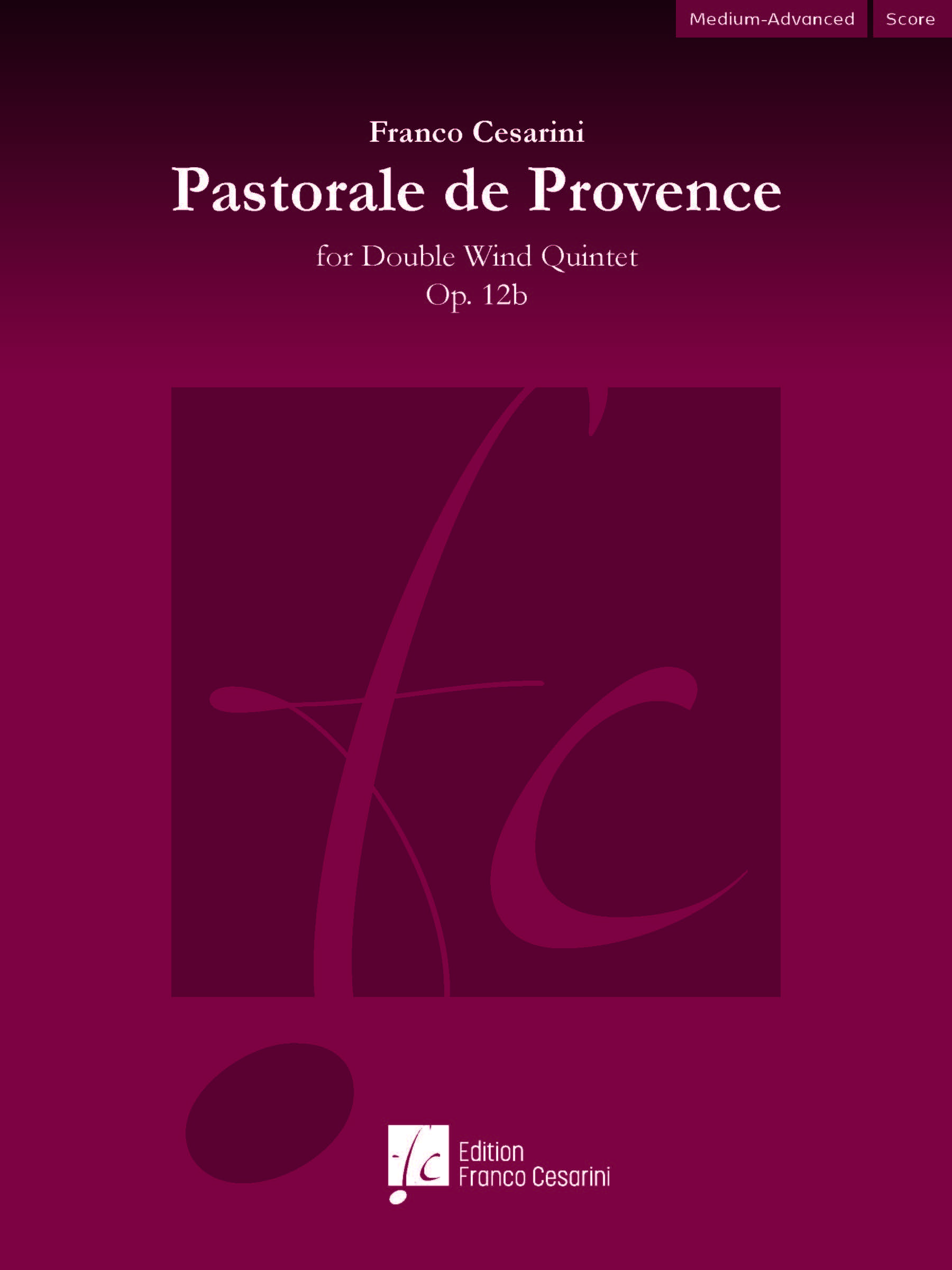 Pastorale de Provence is a piece rich in musical references and the names of the movements La villageoise  (The Villager), Le petit berger (The little Shepherd), La princesse (The Princess) and Le lutin (The Imp) – have been inspired to Franco Cesarini by t18th century French composers who often used descriptive titles to underline the character of their pieces.

Another important facet of this composition is the form of the different movements: ancient dance form has been incorporated into each movement, namely a round in the first movement, a musette in the second, a pavane in the third movement, and in the fourth a farandole.