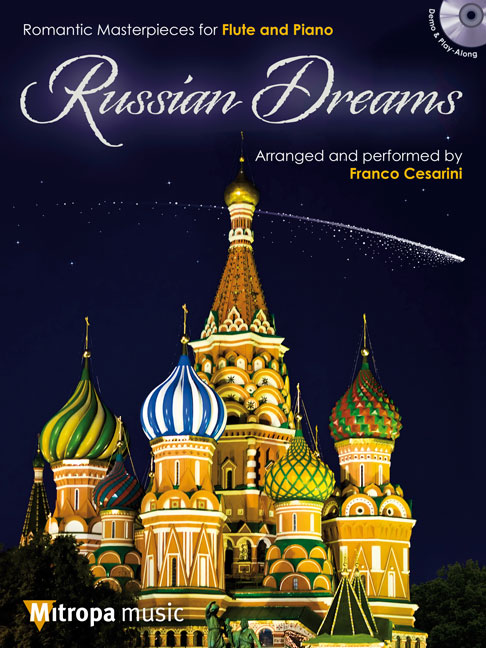 Music’s unique and amazing ability to reflect our feelings without using words or any visual cues has been valued throughout history and is something composers have sought to perfect in their own writing. No other musical era, however, seems to have been more destined to capture and explore human emotions than the Romantic period that blossomed in the 19th century.

At that time, the instrument inventor Theobald Böhm refined the flute, giving it the shape we are familiar with today, and it became popular with composers of the day. The 19th century symphonic repertoire is a rich repository for extended and expressive flute solos, yet the instrument remained underrepresented in solo and chamber works. This book, which contains several arrangements of Romantic movements for flute and piano, is intended to give advanced flautists the opportunity to become acquainted with more music of the Romantic era, enjoying it as a soloist.

The works in this collection explore the vast array of Russian Romantic music. On one side are the followers of Russian nationalism, including composers such as Glinka and Mussorgsky, all the way to Cui and Glazunov. They are juxtaposed against the more western-influenced music of Tchaikovsky, Rubinstein, and the late Romantic Rachmaninov.