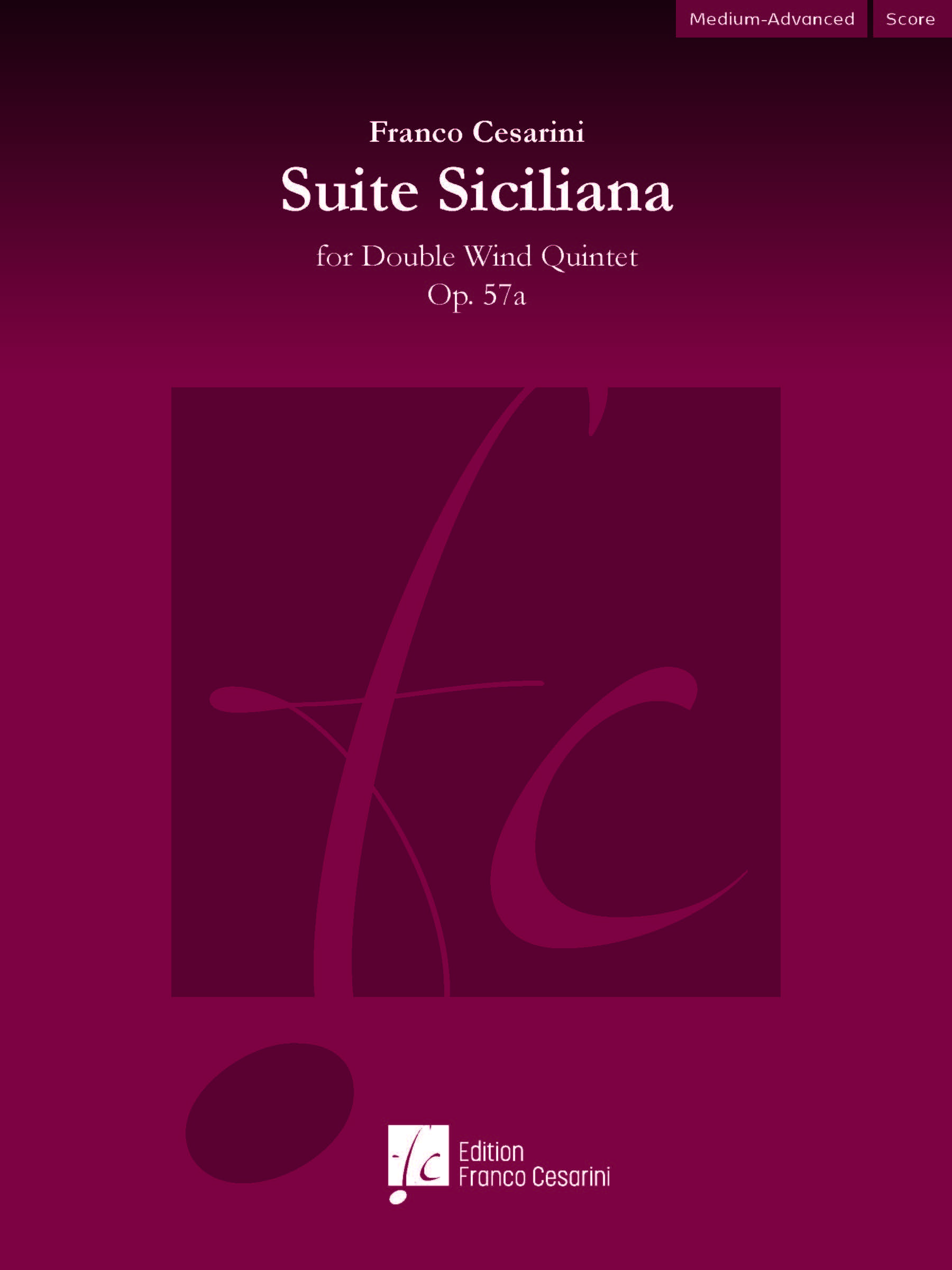 Franco Cesarini wrote this piece for double wind quintet as a tribute to the town of Bisacquino (Palermo) of which he is an honorary citizen. Suite siciliana  is a piece  characterized by contrasting rhythms and tempo, composed of a series of seven dances (Intrada, Pavana, Gavotta, Barcarola, Tambourin, Siciliana, Tarantella).

The musical form, typical of the Baroque period, refers to some traditional expressions of art from the land of Sicily: ranging from the rich architecture of the Sicilian Baroque to the colorful majolica ceramics and the characteristic puppets, the "pupi", which narrate a secular tradition.