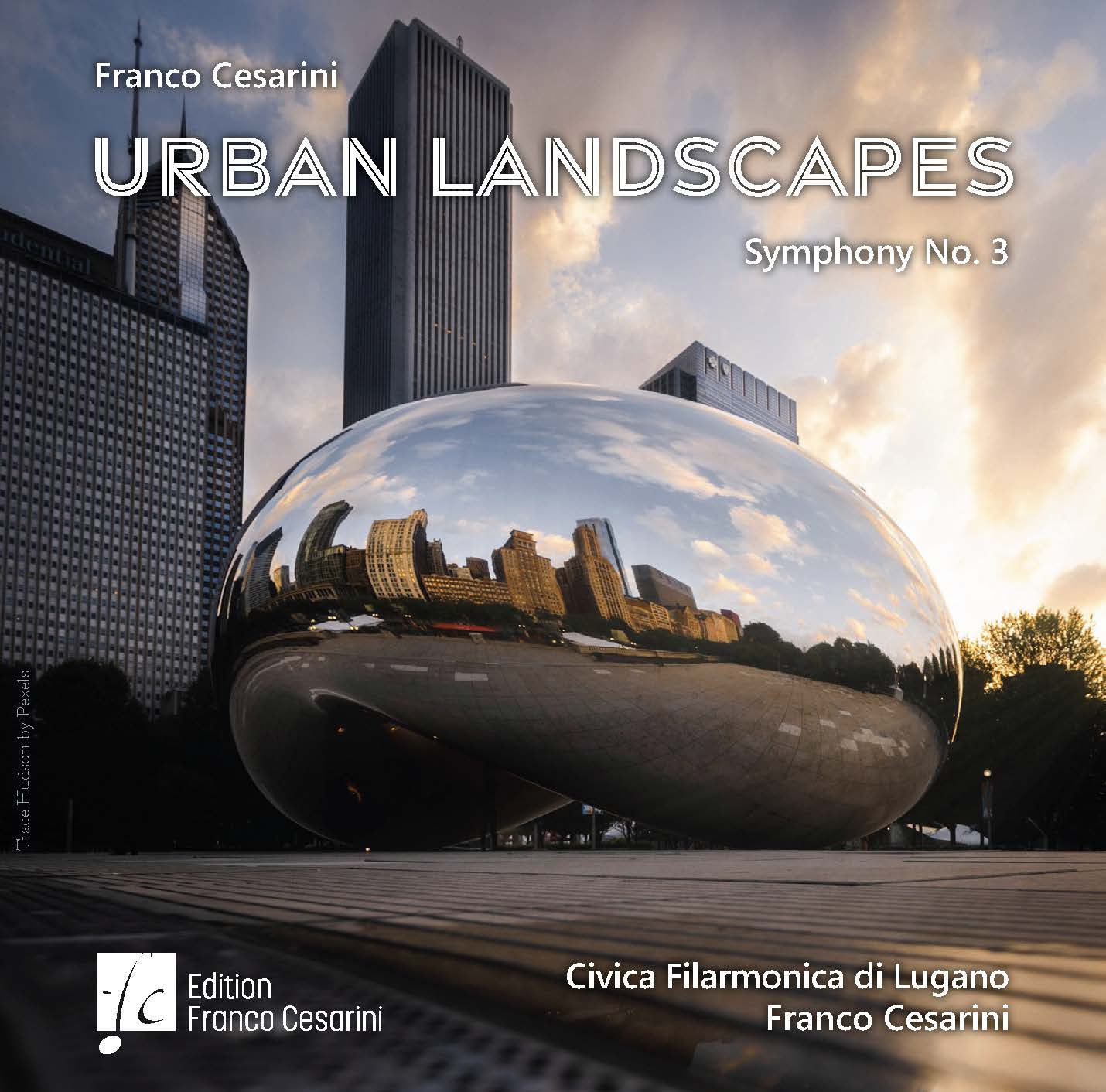 A CD that includes four great works by Franco Cesarini performed by the Civica Filarmonica di Lugano under the direction of the Maestro.

Passacaglia and Fugue in C-minor BWV 582

In Franco Cesarini’s arrangement for large wind orchestra, the particularly careful interpretation of the original piece enables him to exploit all the sound colors at his disposal, and in this sumptuous guise Bach’s work also takes on a grandiose dimension, albeit tinged with late-Romanticism. A masterpiece by Johann Sebastian Bach superbly arranged for wind orchestra.

In composing the Sinfonietta No. 3, Franco Cesarini was inspired by the history of the municipality of Zwölfmalgreien, made up of various towns, villages and scattered districts which were incorporated to the City of Bolzano (Italy) over one hundred years ago. The peculiarity of these places, different from each other, but all characterized by rare beauty, have contributed to create this 3-mouvement work (City Life, Mountain Shadows and Classic Wineyards), which translates into music the activities of the villages, the winter days and the lively atmosphere in the wine regions. A perfect trip to this wonderful part of Italy!

The Suite Siciliana, a 7-movement piece – Intrada, Pavana, Gavotta, Barcarola, Tambourin, Siciliana, Tarantella – is characterised by contrasting rhythms and tempo, and consists of these 7 dances. The musical form, typical of the Baroque period, refers to some traditional expressions of art from the land of Sicily: ranging from the rich architecture of the Sicilian Baroque to the colorful majolica ceramics and the characteristic puppets, the “pupi”, which narrate a secular tradition. A full immersion into ancient traditions of this beautiful island.

Fascinated by the beauty of Chicago, Franco Cesarini has translated his emotions into music: this is how was born Symphony No. 3 “Urban Landscapes”, a musical portrait of this metropolis overlooking Lake Michigan. The composition is divided into three movements – The Wrigley Building from Dawn to Noon, Blue Silhouette and Cloud Gate – which by sharing the same thematic material arranged in cyclical form, strengthen the overall cohesion of the piece. Symphony No. 3 “Urban Landscapes”: a sumptuous musical portrait of the “Windy City”.

Passacaglia and Fugue in C-minor BWV 582