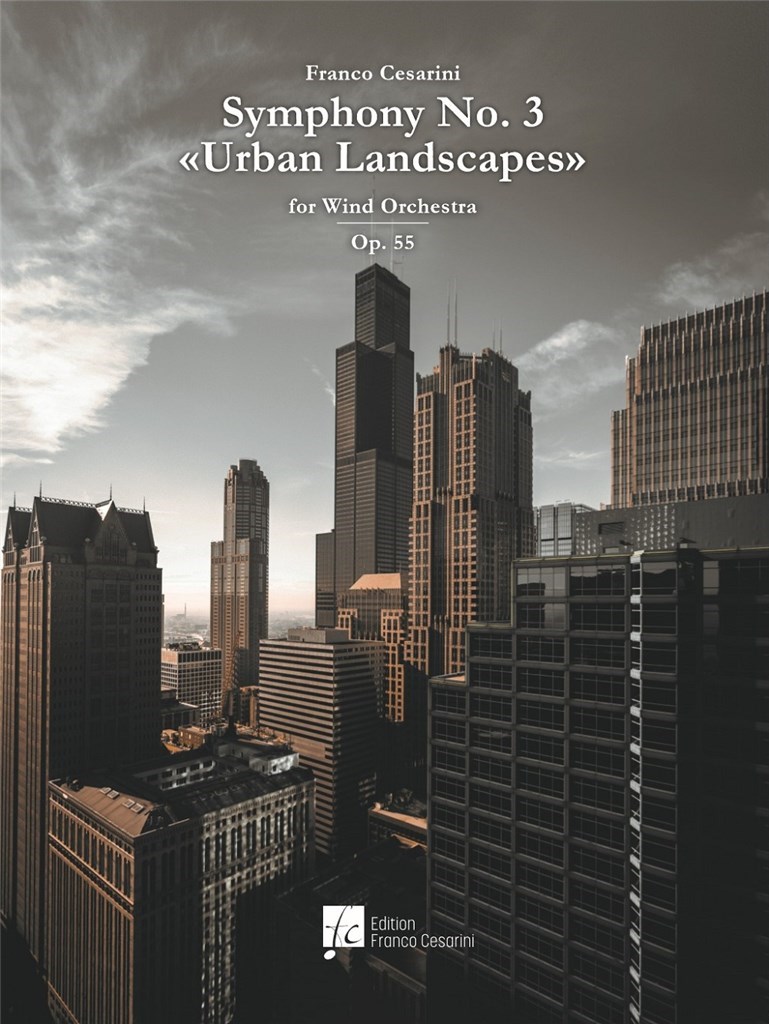 Fascinated by the beauty of Chicago, Franco Cesarini has translated his emotions into music: this is how was born Symphony No. 3 “Urban Landscapes” Op. 55, a musical portrait of this metropolis overlooking Lake Michigan.

The composition is divided into three movements: The Wrigley Building from Dawn to Noon, Blue Silhouette and Cloud Gates, which by sharing the same thematic material arranged in cyclical form, strengthen the overall cohesion of the piece.

The first movement, preceded by a short slow introduction in which the main theme is presented in an almost dreamlike form, metaphorically represents the city at dawn. The sudden change of time symbolizes the start of activities with all its noises and sounds: you can hear the bell that announces the closing of the subway doors, the sound of cars speeding by, the siren of a patrol car.

If the first movement represents the day, the second introduces a nocturnal environment: a melancholic melody played by the English horn anticipates a more animated tempo depicting melodies coming from jazz clubs.

Powerful fanfares that take up the second theme of the first movement introduce the third movement. In this finale, the role of the two themes is reversed compared to the first movement and one takes the place of the other in a kind of games of mirrors.

Symphony No. 3 “Urban Landscapes” Op. 55: a sumptuous musical portrait of the “Windy City”.